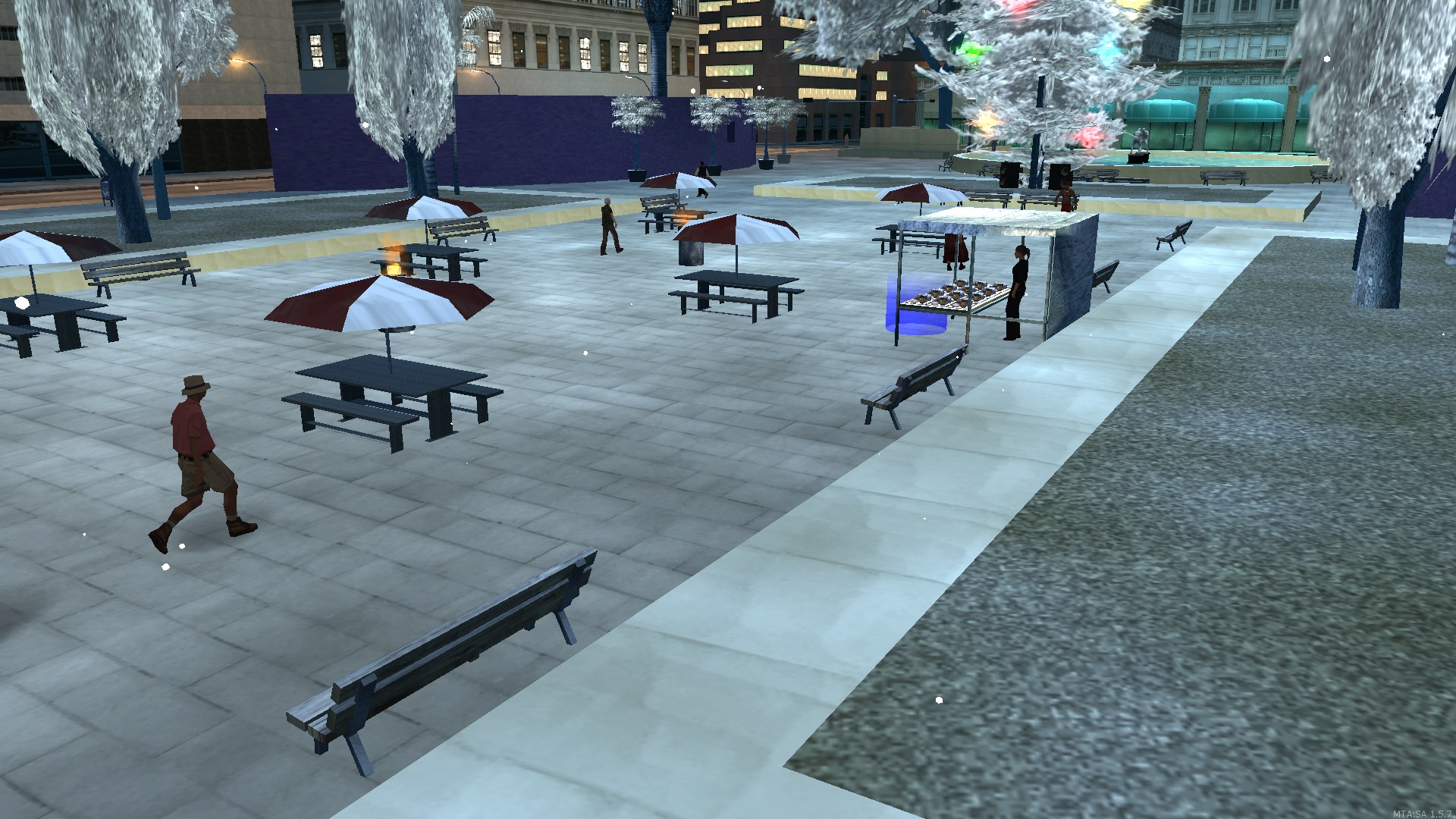 It's December and that can only mean one thing, Christmas is coming! For the first time ever at SAPD:FR Online we're more than happy to announce that we're bringing quite some Christmas related features into the server.

We've worked really hard to bring as much of Christmas mood as we could into the entire server starting from the map itself and going all the way to snow related feature such as snow shaders, snow fall & ability to throw snowballs!

Thanks to our mapper WolfSchultz we've managed to convert the entire San Andreas map into a Christmas paradise thanks to a lot of locations being covered by actual Christmas trees & Christmas lights. To show you how many things are actually new in the map we've added a xmas gift drop system which drops a random xp or money gift at a random location, most of which are actually mapped tree or light locations making it easier for players to find all the Christmas trees!

Additionally most areas are covered with hot cocoa & donut stands at which you can buy your favorite donuts which are coming directly out of your favorite Jim Sticky Ring's donut shop which you've already saved numerous of times from Armed Robberies.

What else do you need for a proper Christmas mood? That's right, music! Most of the Christmas tree areas also have a speaker placed near then which will be playing your favorite Christmas songs 24/7 as a reminder that the Christmas is closer than ever! Oh and don't think that we forgot Mariah Carey's hit song which has found itself a new home at the login screen alongside a few other Christmas songs temporarily replacing the default login screen song, sorry!

Lately the weather forecast for December has predicted lots and lots of snow fall! So why not make the most of it and show your dominance over your fellow Officers by knocking them down with a powerful but friendly snowball hit to the face?

How long is this going to last?

All of the Christmas scripts will be kept running during the entire December and may be kept up during mid January, don't hold our word on it though!

We're more than happy to announce that you guys have put up with us for almost three years now! Congratulations and sorry for all the torture we've been putting you through. To celebrate the anniversary which is on December 17 we've decided to organise an event on December 14 (upcoming Saturday) which will feature multiple different things such as boxing, kart racing, demolition derby, etc. at the Las Venturas area. WolfSchultz has provided us with an outsanding map for the Anniversary and we plan to put it to good use! So make sure not to miss the celebration which is to set place on December 14, 21:00 GMT+1!