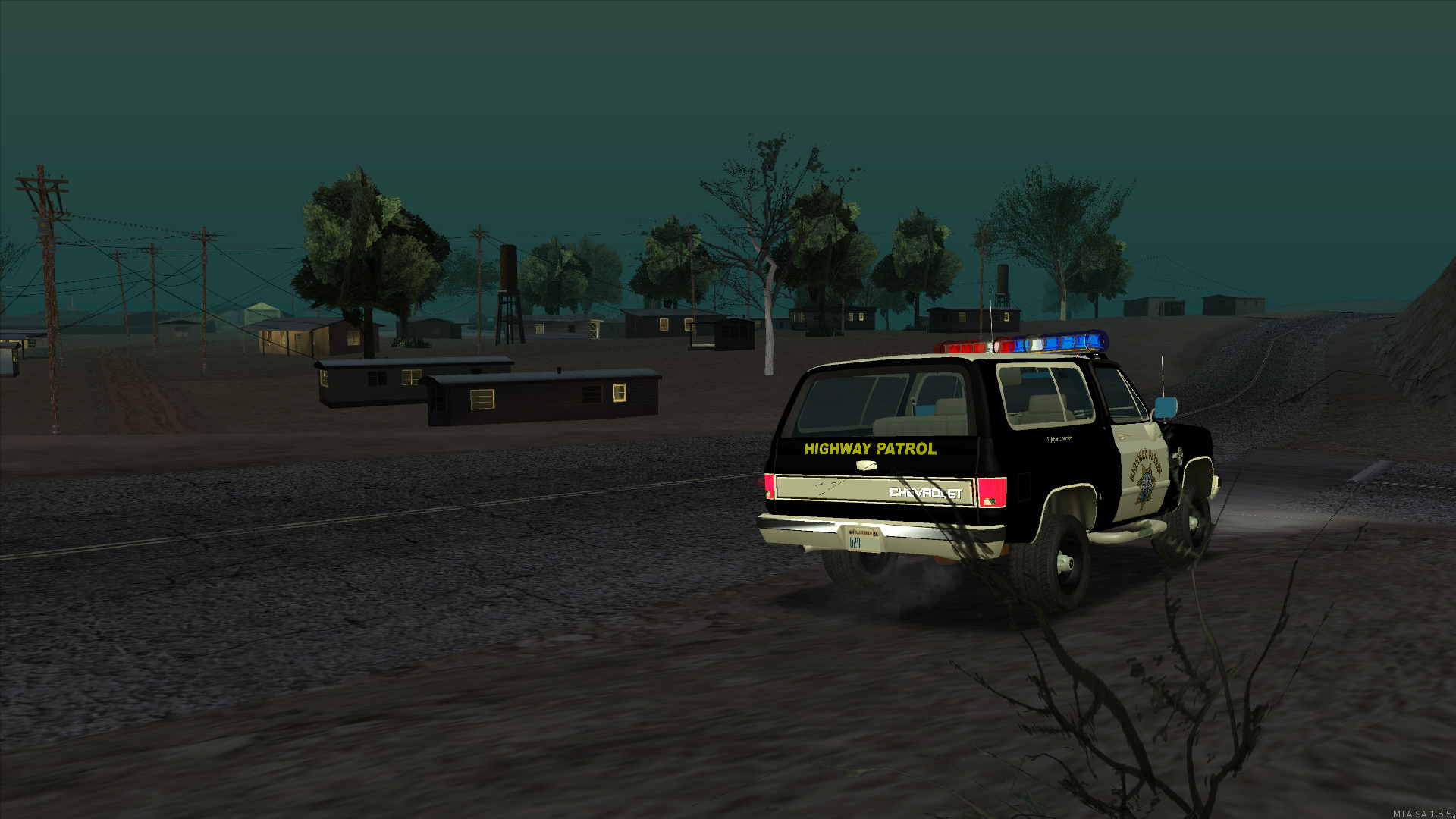 Today we're more than happy to announce that Advanced Gaming will be 5 years old as of tomorrow (3rd October 2018) and what better way to celebrate it than to recap what's been going on this year as well as announce the anniversary event?

On December 17, 2017 we've officially celebrated our first year anniversary of the SAPD:FR Online mod which we've officially took over from PBG and re-started on December 17, 2016. To give the first year anniversary a proper celebration we've decided to surprise all of our members with the big 1.1.0 update that has brought a decent amount of changes including the highly expected Medic branche.

Both the anniversary celebration as well as the update's release have went better than expected making us hit a new playerbase record at the time of 36 players and the update itself proving that it's capable to handle all those players with major unexpected bugs breaking the game, well, except from the massive ambulance spawn spam from all the players suddenly spawning as medics at the time of the release (should have seen that coming, whooopsie).

Just two months after the anniversary and the 36 playerbase record we were more than ecstatic to announce that we've managed to break yet another record, this time reaching the count of 46 players which some people, unlike us, may not find as a good amount of players. The idea of having 46 players with so many NPCs scattered around San Andreas with no major issues occuring, has made us really pleased with all the progress being made. Especially in terms of optimization we've managed to achieve in the entire script has blown all of our expectations. Knowing how we, alongside some of our players, do recall how the script was at the beginning which already caused a lot of issues at ~15 players, let alone 46 players at once in one city.

We would never dare to dream of achieving this goal any time soon but this year we've done it. We're more than happy to announce that the SAPD:FR Online platform has reached over 10,000 registered accounts on MTA.

For some time now, we've been going through multiple GTA V Multiplayer platforms to try and find the perfect platforms for us to expand our services. After numerous platforms being taken offline, not achieving the stable FPS and not being able to get a proper update going on, we've landed on the RAGE MP platform. We're thrilled to announce that we've made some good progress on the GTA 5 version of SAPD:FR Online which, with everything that GTA V has to offer, is starting to get more shape every day.

Besides the fact that you can entirely design your own character, the script having more fitting animations and a better AI, there are a lot of other features that takes the mod to a next level. After having a succesful Alpha Test earlier this year, we've been making progress each day towards that one final goal: launching SAPD:FR Online on GTA V. With our eyes aiming on the 0.4 update from RAGE MP, we're happy to announce that a closed beta test is coming closer as we speak.

With the 0.4 update from RAGE MP, we'll have nothing more than time stopping us from building the thing we all love.

This year we've also announced the major 1.2.0 update which will feature the Fire Department branche. After some major discussions we've decided to merge the Fire Department branche with the medics and leave the third branche for the organisation system, the update itself was supposed to be released back in May, however, due to unforseen IRL circumstances we weren't able to deliver on the release date and have ended up delaying the update by a couple of months.

The good news on the other hand is that the update itself will not be fully focused on the basics of Fire Department, so far we've managed to get ourselves two outstanding Fire House maps created for us by Redziczektak, rewritten the way ped data is handled and therefore resolved the FPS drops they were causing during generation, added one new vehicle (more info coming soon), resolved some really annoying bugs as well as did some more optimizations on the code. In addition to that there have been tons of other small additions added that you will know more about soon. We can not add any release dates to the update for now.

Since the update has been delayed, we would like to grant you all some insights in what's going on behind the scene. To achieve better stability regarding FPS and resolve lag on low-end computers, we had to dig deep into the core of the script to see what was going on. We've noticed that every single NPC was holding some sort of data, in MTA we call this [b]elementData[/b]. Think about it as a box, the box has a skin (ped skin) with a lot of words in it. All these words are being synced for every single client, for every single NPC. If you look at the map and scroll deep into Los Santos Police Department, you'll most likely always see people piling up there.

Now imagine that every player knows the position of every NPC, every piece of data on it and it keeps syncing between clients to keep everything up to date. 10 players, 30 peds, that would be around 300 tiny calls to each client a second to keep it up to date. We've moved all this data away from the NPC so they're no longer being synced to every player. By doing this, you'll save at least 300 tiny calls. We decided to use a collection of data, this collection is filled based on keys representing the NPC which holds all the data. If a player requires any data, we can simply sent the data to that client only and avoid any syncing what so ever with other people.

By doing something this big, we're rebuilding fundamentals of the entire script which, on long term, is giving all of us a better time behind the scene by creating new scripts and additions. We'll remove a lot of limitations which we had in the past and we will be able to push the boundaries even further.

Last but not least, we're more than happy to announce that our Event Organisation Team will be holding a celebration event tomorrow (October 3, 2018) night at 20:30 GMT+2 so if you're interested make sure to show up at the Santa Maria Pier and join in on the fun!