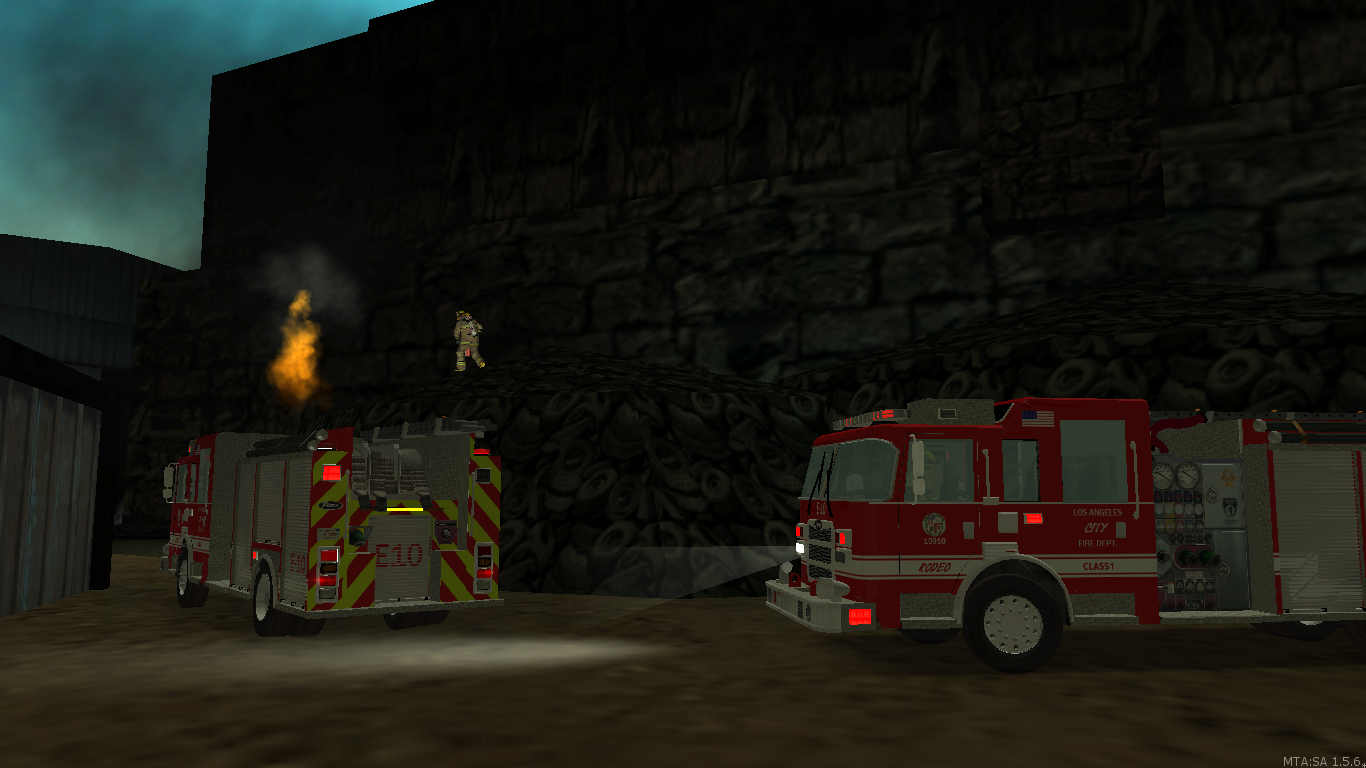 After a lot of extensive script testing we've finally decided that it's time for us to announce the next major update's release date! That's right, 1.2.0 update is set to release on Saturday, June 8, 2019 at 21:00 GMT+2 (Summer Time), in addition to that the server itself is also going to be temporarily shut down at 20:00 GMT+2 (Summer Time) for maintenance that will be focused on preparing the 1.2.0 release.

There are multiple major new features coming in the 1.2.0 update as well as a lot of small changes that we've made to the script through the last year. The biggest feature that's set to release is the addition of the Fire Department branche which has been merged with the Medic branche while the third, unused spot will remain reserved for the organisation system that's coming in the 1.3.0 update.

Administrator system has been completely changed and no longer depends on MTA's default admin resource. Our staff members now have a lot bigger control over the server including the ability to clear out the traffic in the nearby area in case somebody manages to mess up the streets by blocking traffic or simply spamming all features possible.

And last but not least, another somewhat bigger addition is the new vest system that's been on the suggestions list for a long time now. The vests have been only made to serve as a cosmetic feature and will not be connected to the Armor as we're pretty sure that players would be annoyed by having to put on the vests regularly.

As for the minor changes they will all be listed in the official forum changelog that will be posted either a day before the release or on the release day itself.

Is there going to be an event as well?

All of our available staff members as well as the Management members will be on Discord's voice chat during the update release, we'll be actively monitoring how the update itself is going with all the players and immediately resolving major bugs, if any are present as well as planning on what to do for the upcoming minor updates in terms of improving the new systems based on player's feedback.

So if you wish to chat with us don't hesitate to join the Discord's voice chat channel.

Right now we're going to shift our focus on releasing updates to the 1.2 branche which means we'll be releasing minor updates that will focus on adding new minor features as well as resolving as many bugs as possible and improving already existing features. Those updates will take a lot less time than 1.2.0 did and should be releasing more regularly. In addition to that we're already preparing ourselves to start working on the 1.3.0 update on the side that will feature the organisation system.

Hope to see you there,
Advanced Gaming Management